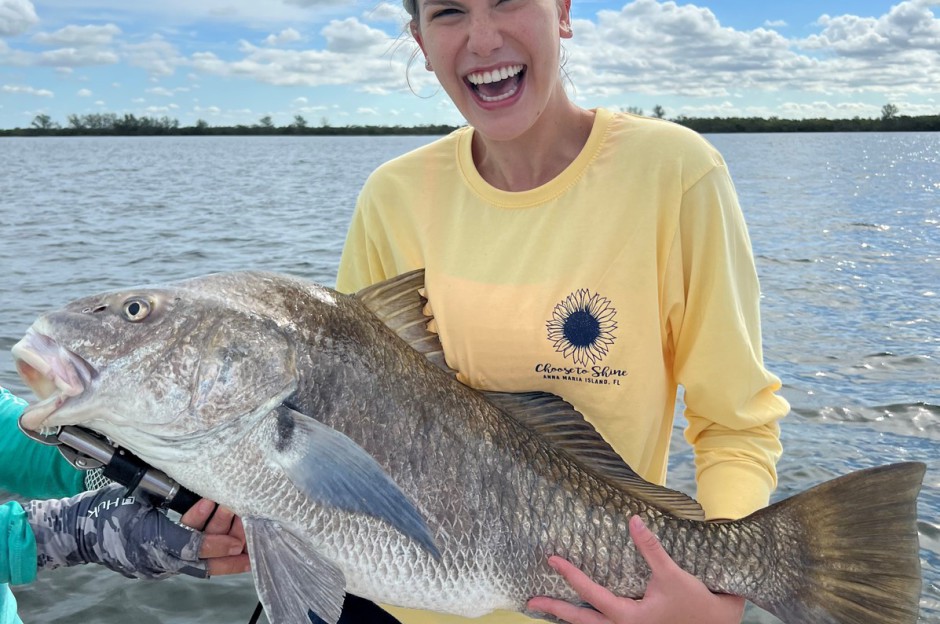 I started fishing when I was four.    My first fish was a 3 or 4 inch sunfish that was released.   Fishing was a regular family activity.   I got the bug big time when I was seven and caught a 17" freshwater drum.  From then on I wanted to catch more "lunkers".    I have since caught many trophys including a line-class world record white bass/sriped bass hybrid.

Muskie are my favorite freshwater fish to pursue.  I have fished for them at Lake Pomme de Terre for 22 years.  My Personal Record muskie is 44".   I have placed second once, fourth once and won the daily big fish once in the Pomme de Terre Muskies Inc annual muskie tournament.

Tarpon are my favorite inshore species to pursue.  Snook, redfish, seatrout, flounder, Spanish mackerel, pompano and sheepshead are all tied for second.  If they were good to eat then crevalle jack, ladyfish and bluefish would also be tied for second favorite.

I have been on the water in some form of craft since I was 11 and operating power boats since I was 15 and have owned my own since 1994.

For years I have invited friends along on fishing trips and showing them where and how to catch fish.   Now I am doing it professionally.

I have a US Coast Guard Captain License and am fully insured.

My Missouri boat is a 16' Nitro bass boat and my Florida boat is a 17.5' Palm Beach Center Console bay boat with a bimini.